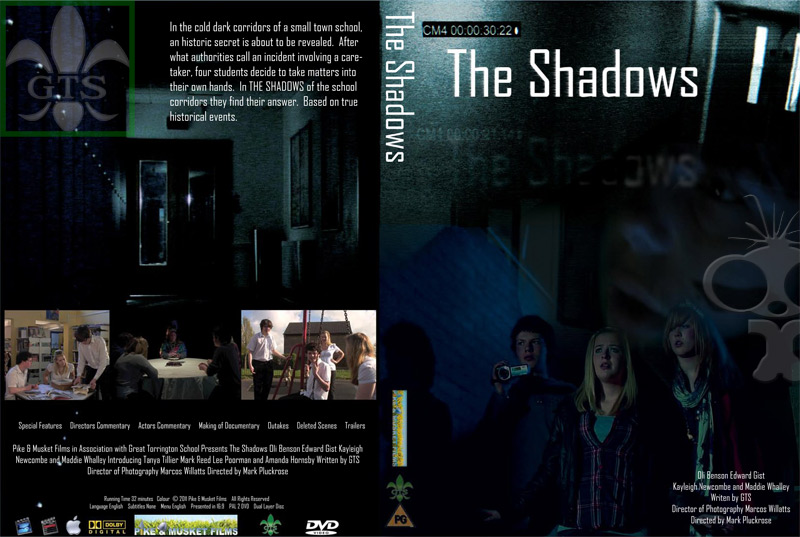 Marcos, the Performing Arts technician at Great Torrington School has been helping students from the school to write and star in their own film. The result is 'The Shadows', a 75minute thriller set in and around the school buildings.

We were happy to help the school out with this. We received the files earlier this month and quickly duplicated 150 copies of the film onto Dual-layer discs. After a few tweaks to the layout, we also printed the disks and matching covers before packaging them up.

Marcos is very happy with the finished product and we hope that the stars, their friends and families will love watching the film.