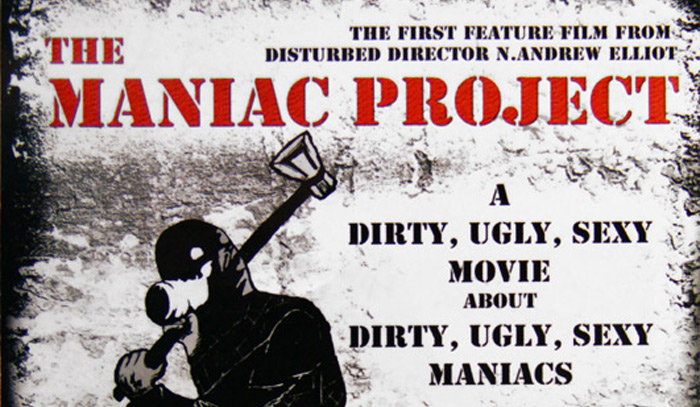 Back in January we provided PAL to NTSC and DVD duplication services for The Maniac Project, a low budget (made for £500) grind-house style, exploitation comedy film.

The DVDs were sent out to film distributors and festivals across the USA and it seems to have worked as we have just received news that the film is on the verge of distribution.

The film created over 3 years by director N. Andrew Elliot and produced by Darren Horne. The film won an award in California at The Accolade film festival.

At present we have been given an online worldwide release date of 21st September 2012. For more information visit www.themaniacproject.com