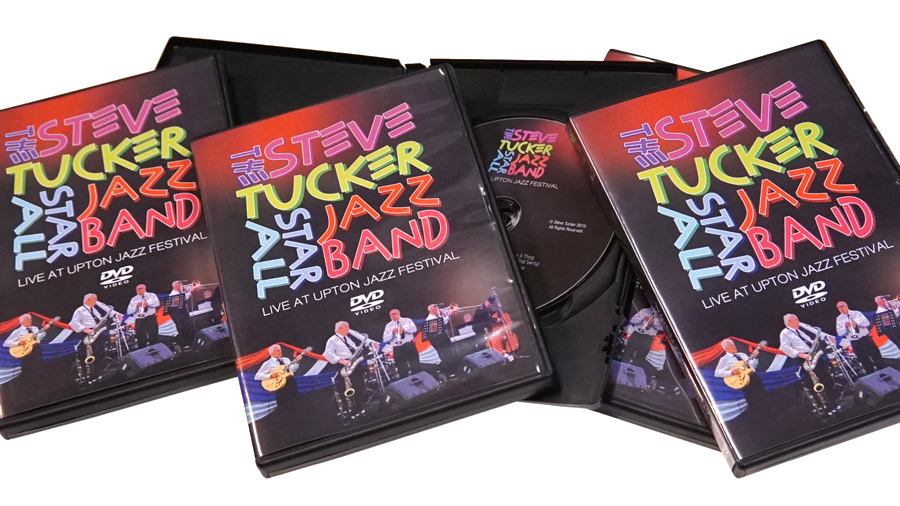 Im June 2016, Steve Tucker's All Star Jazz Band performed a live set at the Upton Upon Severn Jazz Festival. The set (split over three sessions) was filmed and we were asked to produce a live DVD using the footage.

The set was made up of 17 songs and even after we had removed the footage of Steve chatting to the audience in between songs (at his request) it is still nearly 1h 40mins long. The band were filmed using just a single, tripod mounted camera. The live sound was taken from the video and mastered by a professional sound mixer before being returned to us.

Once the convert was chopped up and titles/credits had been added, we created DVD menus and built a master disc. From this we then created 50 copies for the initial run. The cover and disc face artwork were designed by the bands graphic designer and sent over to us for printing.

The DVD will be available shortly at gigs and on the bands website.