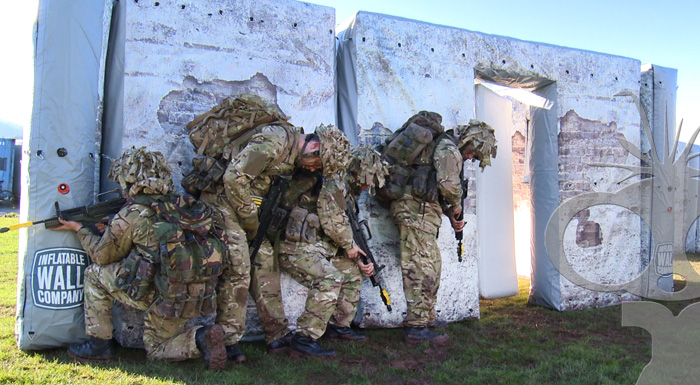 Military filming in Brecon with IWC

The Inflatable Wall Company are suppliers of inflatable training walls to the military and emergency services.

Despite a lot of rain at the start of the day which turned the site into a swamp, the demonstration went really well and the footage looks great.

The footage will be used to update 2 existing informational films on the company's website.