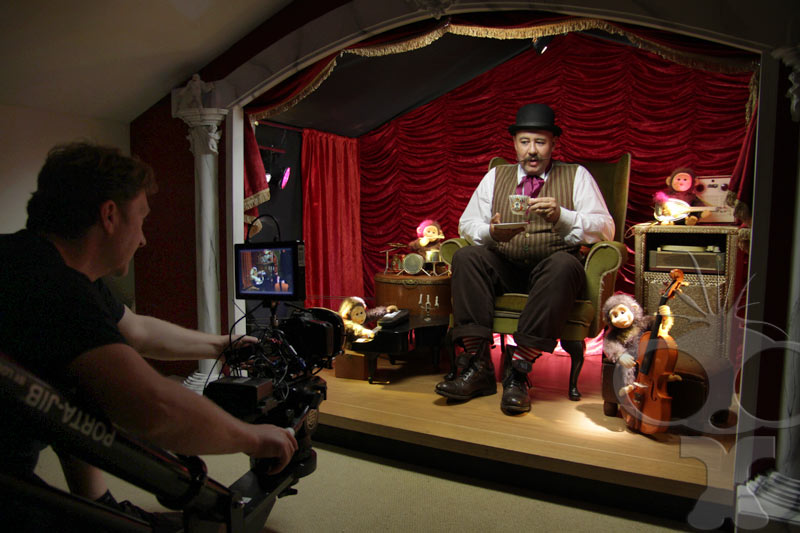 Sometimes you find yourself filming something that's...well, a little odd. Our recent shoot music video shoot for Dreamin' by Mike Stocks certainly raised some eyebrows.

We were shooting in a converted loft where Mike has built a mini theatre and populated it with a chair and some animatronic monkey puppets.

We filmed on 2x Canon EOS 7D cameras using our Porta-Jib and Gekko lens lite. Stu and Mark were also joined on set by three puppeteers who spent the day cramped up at the sides of the stage.

The video should be online very soon as editing is well under way! A story should also appear in the North Devon Journal shortly as well so keep your eyes peeled!