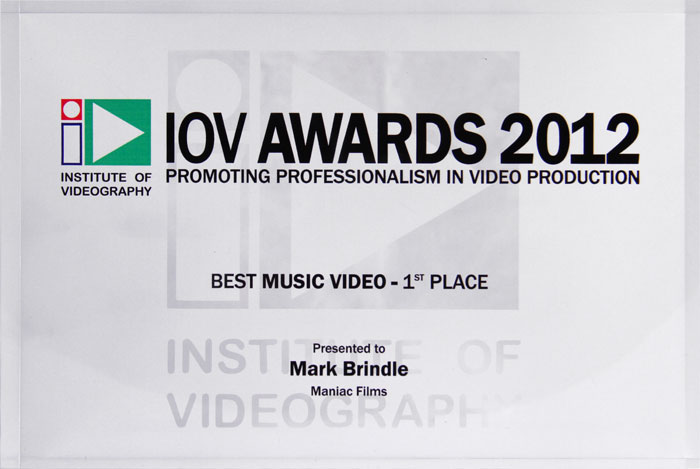 Back in September we announced that we had received 2 nominations for the annual IOV Institute of Videography (IOV) awards. Well we won 1st place in the best music video category for 'Dreamin' by Mr Pickles.

We also received a highly commended award for our 'St Annes Chapel ' film in the best film category.

Mark and his fiance Sarah attended the awards ceremony in Manchester and spent the next day browsing around the latest cameras at the BVE exhibition. Despite the long journey, Mark has declared that it was certainly worth the trip!