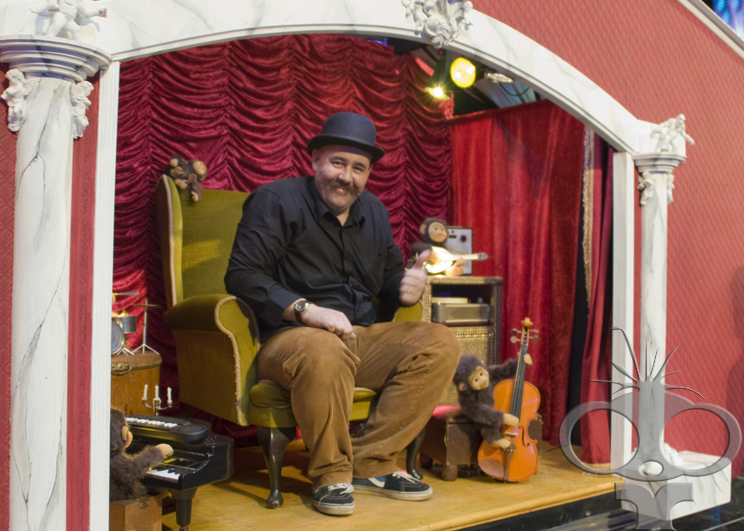 Mr Pickle on Britains Got Talent & the Daily Star newspaper

Wow! We never expected our music video would get this much attention! Croyde based singer/songwriter Mike Stocks (aka Mr Pickles) was head hunted last month by the producers of ITV's Britain's Got Talent. Mike accepted their invitation to appear on the show and took Stu from Maniac with him.

In order to appear on the show, Mike had to re-build his monkey theatre, making it larger and transportable. On 18th Feb, Mike, along with his family, Stu and 4 other puppeteers drive to Birmingham for the live auditions. Of course we can't reveal how Mike got on...you will have to wait for the live shows which begin airing in April.

Following his appearance on the show, Mike also appeared in the Daily Star newspaper following incredibly positive comments by BGT judge Amanda Holden! You can read the article online here

Since the article has appeared the Youtube hits have jumped to over 7000. You can watch the Dreamin video on Youtube .