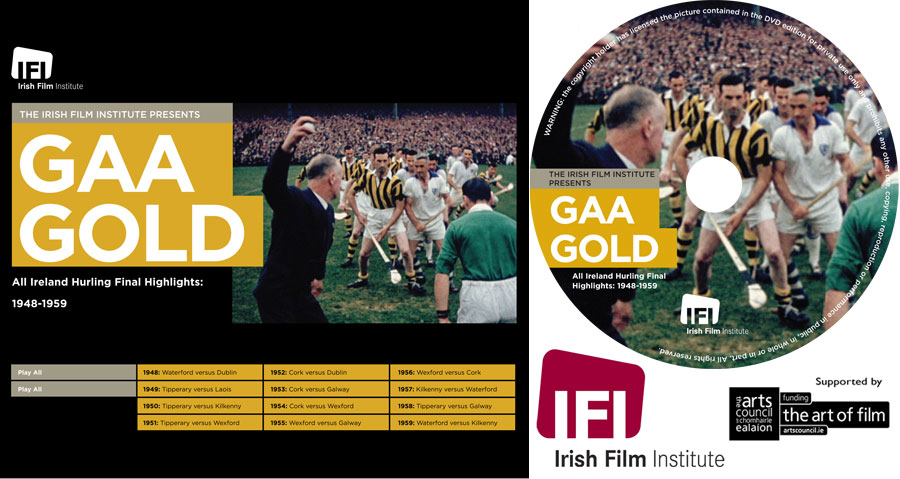 In another collaboration with Eurodiscs, we have provided DVD authoring services for a film produced by the Irish Film Institute (IFI).

The DVD featured archive footage, showing highlights from the All Ireland Hurling Finals 1948-1959.

The films and artwork were supplied by the IFI.
We also carried out some audio clean-up and a few video tweaks to fix issues caused by the original film transfer process. the film should be available from the Irish Film Institute website later this year.