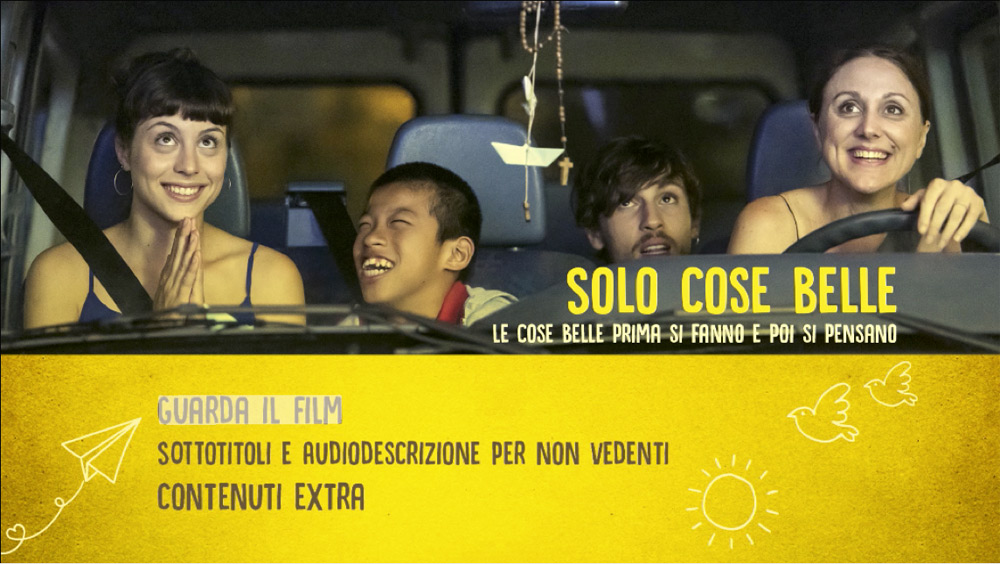 We were sent a finished Blu-ray BDMV folder which had been created using standard Blu-ray authoring software. Although this software is fantastic, it cannot create a BDCMF folder, which is required for mass replication of Blu-ray disks.
We used our dedicated BDCMF conversion software to convert the finished Blu-ray project into the correct format and delviered the master files digitally for replication.

Only beautiful things is the story of Benedetta , a popular sixteen-year-old daughter of the mayor, and of her encounter with a bizarre family home , just arrived in her small town in the Rimini hinterland.

The family home, noisy and extravagant, has a father and a mother, an immigrant, an ex-prostitute and her young daughter, a boy in alternative punishment, two boys with serious disabilities and a natural child.

It is Benedetta - also through her love affair with Kevin , one of the boys of the house - who guides us in this world on the edge , in which everyone seems "wrong" or "defective", but in reality they are only really human.

And then it is the whole country , which is passionately preparing for the next municipal elections, to be involved and upset by this meeting, between funny and other dramatic moments , between dances, laughter, tears, paper boats, wraps and evictions, until , in a difficult night, everything falls apart and seems lost. In reality, beyond the choices of individuals, nothing can be the same as before.

To find out more about the film and to watch a trailer, check out the Solo Cose Belle website