Created by Stephen La Rivière and Andrew T. Smith, Nebula-75 is a 2020 Supermarionation web series created in the spirit of the early 1960s series by Gerry Anderson's AP Films. The series follows the adventures of the crew of the spaceship Nebula-75, trapped in space "33 million miles from Earth". Commander Ray Neptune is joined by robot Circuit, scientist Doctor Asteroid and the mysterious "space maiden" Athena, who only communicates via telepathy.

Beginning life as a 10-minute short, and made under lockdown conditions for an online audience, Nebula-75 has been lovingly filmed in Supermarionation and Superisolation. In addition to its 7 episodes, the series has also resulted in faux 60s interviews and adverts. 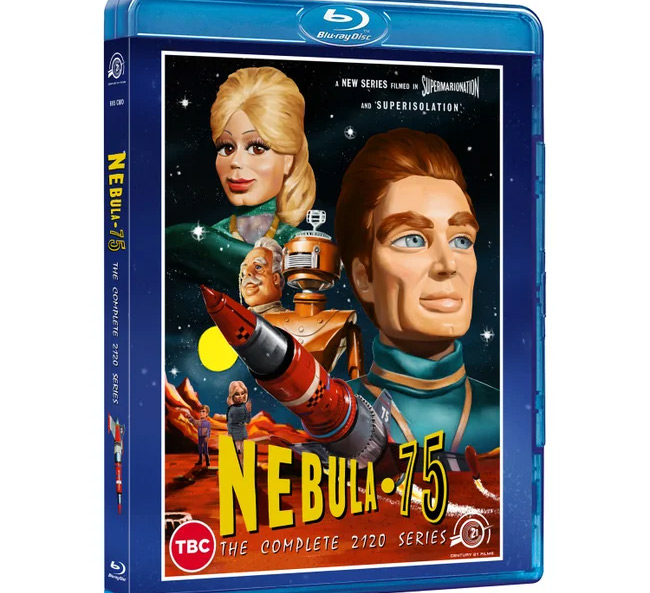 The shows Twitter page has started uploading stills from the filming of the second series, which is now in production and we hope that one day soon we'll get to work on the Blu-ray release for that too!

For more info about the series and to buy a copy, check out the Official Website - Nebula 75 website

you can also watch the series on Amazon Prime