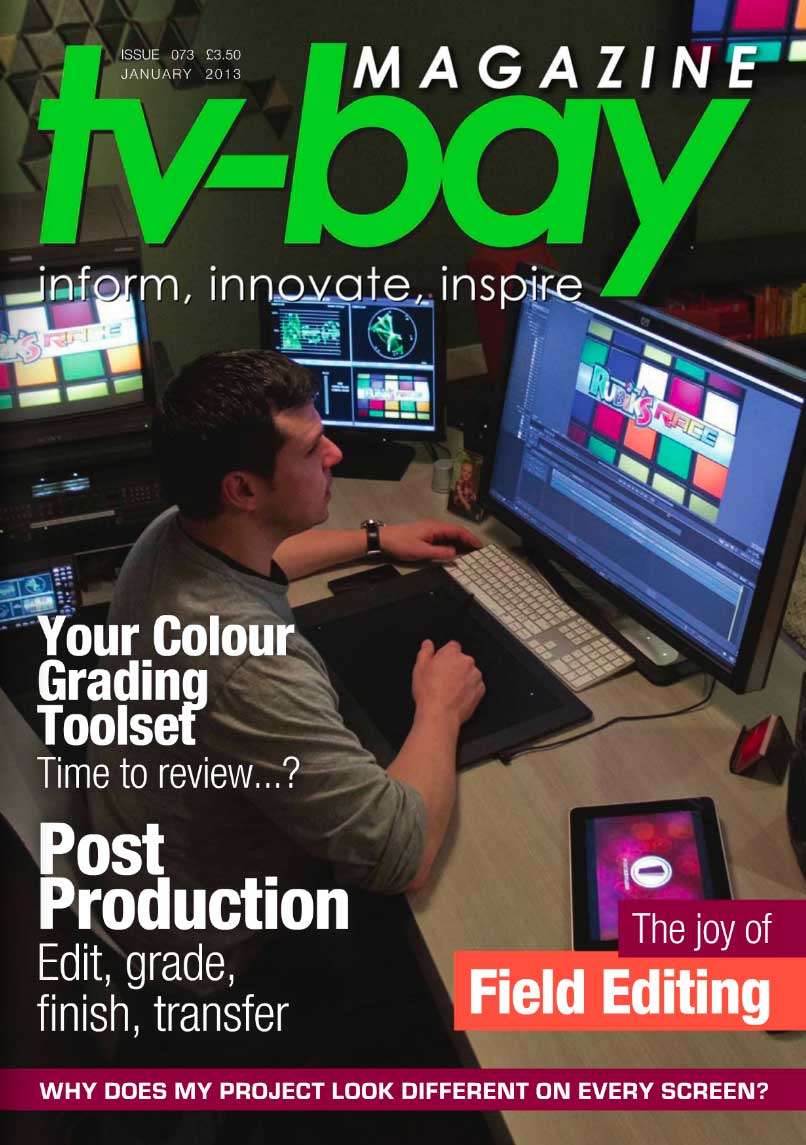 This month Mark has found his work in print yet again, having previously been publish in the IOV magazine on a number of occasions.

This time Mark's knowledge has been put to paper in the tv-bay magazinein an article about using Da Vinci Resolve colour grading software as part of the PR and marketing for his new book The Digital Filmmaking Handbook.

The article looks at colour grading processes in Final Cut Pro and compares them to the same processes in Da Vinci Resolve, ultimately demonstrating that Da Vinci is the superior tool as long as you don't mind spending money on some new hardware.

You can read the article online via the tv-bay online magazine page. The article is in issue 73 pages 52-53.

Colour grading is essential to give a consistent match between shots in any production from music videos to dramas and documentaries. In its primary form it’s called colour correction because your usually correcting for mistakes in the filmmaking process – fixing the white balance of some shots or correcting for the overall exposure level or contrast. Your primarily trying to fix mistakes first, to stop any one shot in a sequence from jumping out at the audience and shouting ‘look at me...don’t I look out of place!’
Mark Brindle