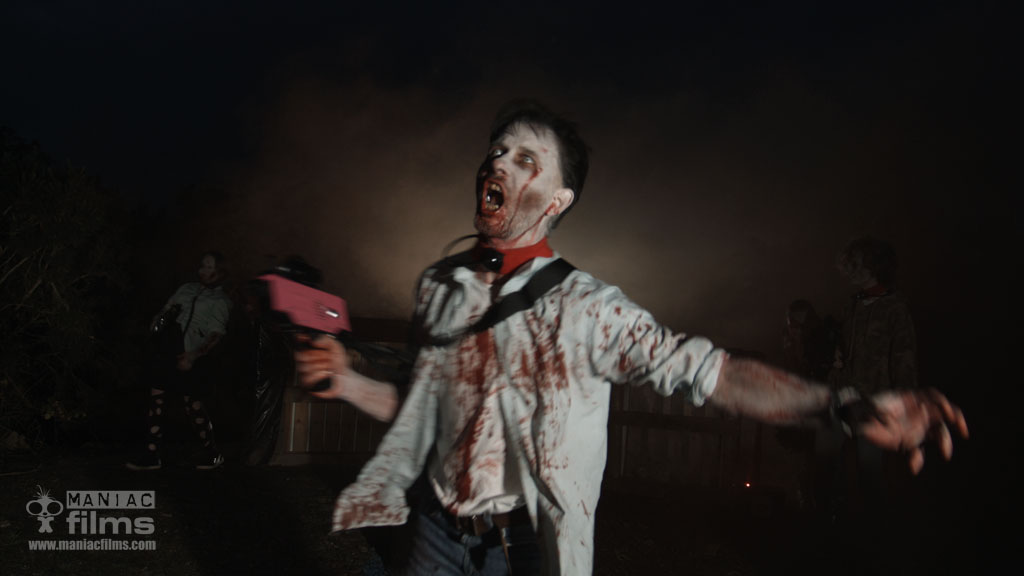 We have been shooting a short dramatised zombie attack with ECombat as part of an upcoming promotional film to promote their new, advanced gaming gun technology using infra red laser weapons with advanced functionality.

The filming took place at The Big Sheep Battlefield Devon laser combat venue. The Big Sheep was hosting a Halloween zombie event, and we were able to use some of the cast of the event for filming before the main attraction began - some great make up and costumes thanks to the venue staff and volunteers.

Shooting was carried out using the Blackmagic 4K camera on our porta-jib with 4k monitor, with the Canon EOS 5D Mk3 acting as a 2nd camera. We also used a selection of our lighting kits along with some well placed smoke grenades and a mini strobe to create the effect.

Lighting the scene was a challenge as we were a long way away from any power sources and our new battery powered LED panels had not arrived yet, but we managed to work around it. We had a very short time slot before dark and before the Zombies had to run off and be part of the main event of the night.