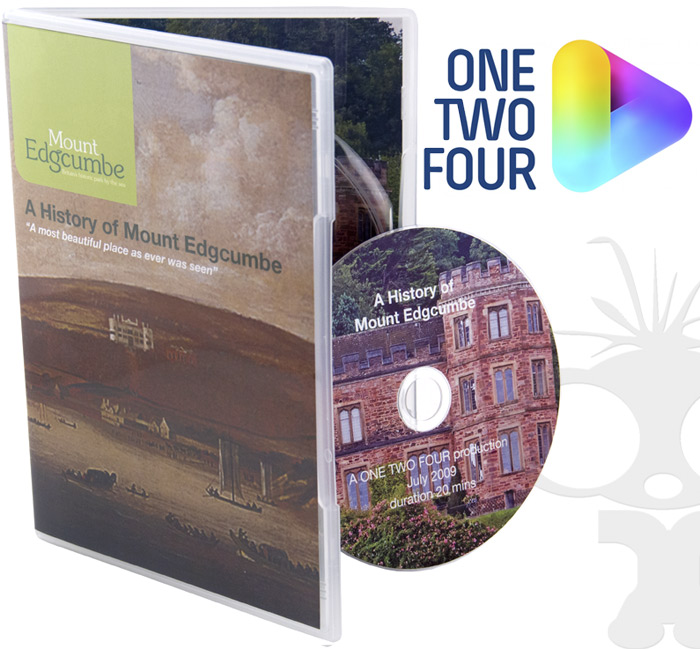 We have been working with international production company One Two Four to duplicate 300 dvd's for Mount Edgcumbe, a house & country park situated just outside Plymouth.

This was a re-release of a dvd that was first released in 2009. It contains a short film documenting the history of the house and gardens.
OneTwoFour, having made the original film, asked us to build a new master DVD and carry out duplication work using the new artwork created by them.

The dvd's, which included a double sided cover, have now been delivered to Mount Edgcumbe and will be available for sale in the on-site gift shop.