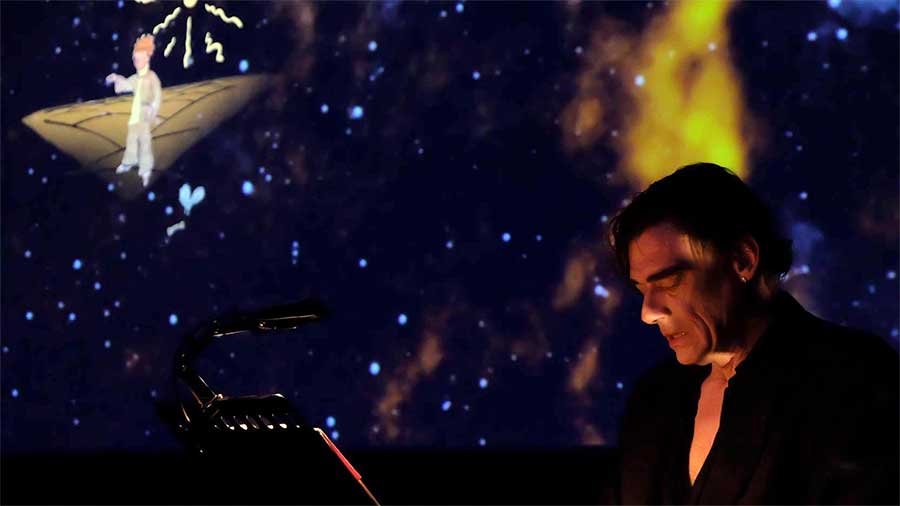 Der Kleine Prinz: Musikalische Lesung mit Martin Feifel is a live performance piece in which Martin Fiefel recounts the modern fairy tale 'Der Kleine Prinz (The Little Prince) by Antoine de Saint Exupéry (1900-1944), one of the most widely read books of all time and often understood as a plea for friendship and humanity. 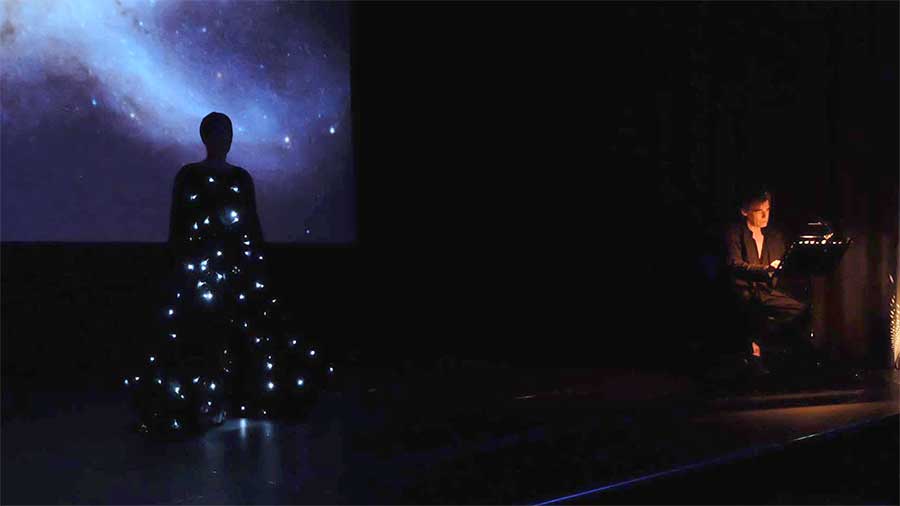 The narrator is accompanied by Rachael Maya (a dancer from London) and Roman Chowdhury (a guitarist from Munich) with Rachael performing a piece choreographed to the atmospheric guitar sounds composed especially for the reading. A selection of the illustrations drawn by Antoine de Saint Exupéry will of course also be on display along with film projections of images from space, intended to suggest to the audience that they "travel together with the little prince through the starry sky".

We were sent the HD master which was then converted into the DCP format and returned on a USB drive, ready for a digital cinema screening.