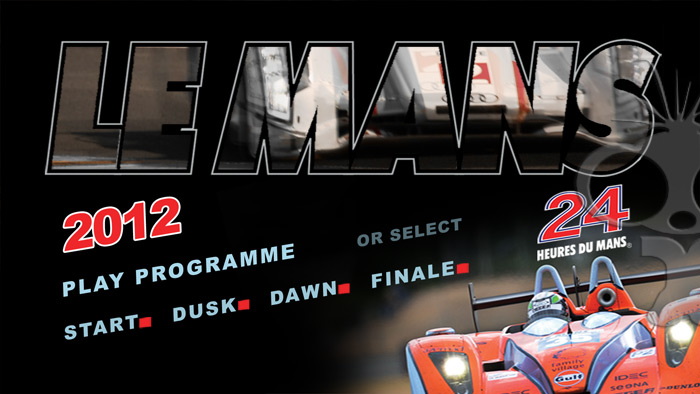 Working with Eurodiscs in London, we have just finished on Blu-ray authoring project for the Le Mans 24hour race.

The film was produced by the same company that was behind the Isle of man TT blu-ray last month.

The content comprised of four hours of event coverage from the event. We encoded the footage for Blu-ray, built motion front menus and also designed pop-up menus.