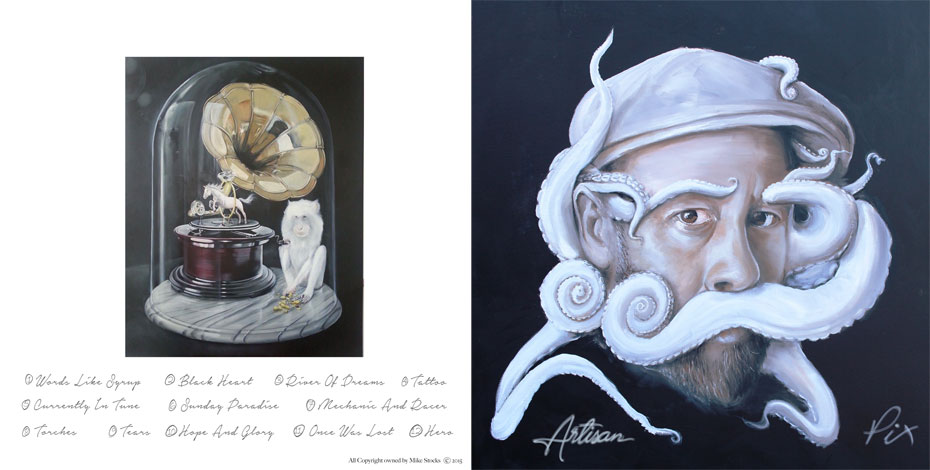 Mike is an accomplished painter & Tattoo artist as well as a musician and the cover artwork is adorned with some of his painings; including a rather interesting self portrait - see above.

The album contains a combination of older songs that have been re-recorded alongside new tracks that have never been released before. It was originally released in late 2015 and continues to sell well at Mikes live gigs.

The artwork has been printed onto a simple but effective cardboard sleeve, which houses a printed CD.

We think it's really important to support and work with local artists and it's great to see this album doing so well.