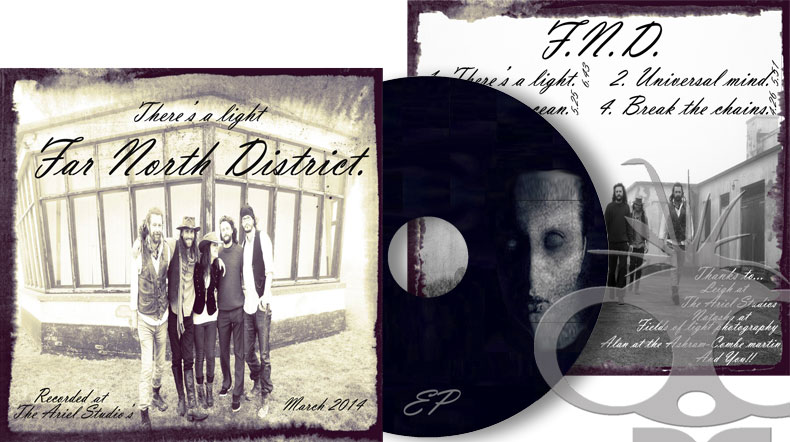 Tony from the band contacted us a week before the launch. He had already designed artwork for the cover and disk and after a quick chat he decided to go with a printed cardboard wallet for the album. We were easily able to get the CD's completed in time (despite a quick cover re-design to fit the new wallet format) and the launch party was a success.

Update: Since writing this the band have returned for more copies having sold out of the 1st batch. Let's hope that they keep selling well in preparation for a full album!