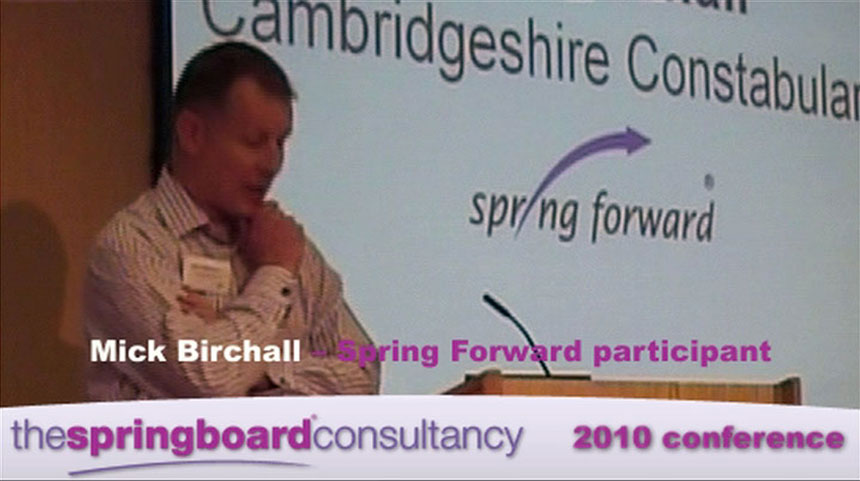 We were approached by North Devon based  Springboard Consultancy with a series of videos that they had already filmed at their annual conference.

The footage they supplied had been shot on a fairly basic handicam and was a bit under exposed and noisy. We tidied up the visuals and cleaned up the audio before re-encoding for the web.

Some of the original videos can be viewed on the Springboard Consultancy website.