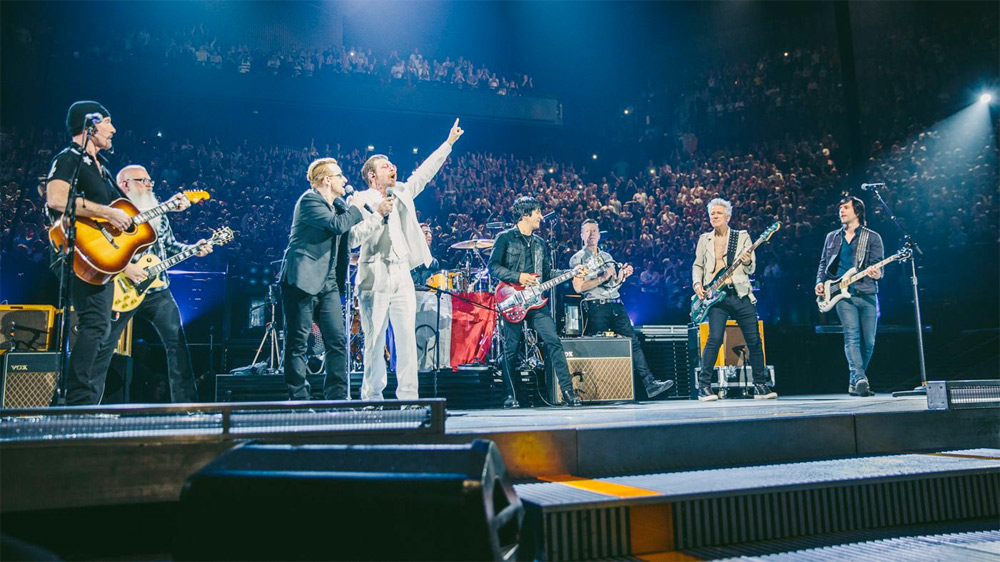 Teranex 2D used for U2 live concert broadcast from Paris

On 7th December, American rock band U2 performed a live, televised concert in Paris. The concert had been rescheduled due to the Paris shootings on 13th November. The concert was part of the iNNOCENCE + eXPERIENCE TOUR.

We were contacted by Ductch broadcast company United, who needed an extra Blackmagic Teranex 2D unit to perform standards conversion for the live broadcast.

Our Blackmagic Teranex 2D unit was shipped down to London to join crew members who were heading over for the event and provided live conversions for the live broadcast on HBO.

U2 were joined on stage for the special event by The Eagles of Death Metal, who were playing in the Bataclan Theatre in Paris when the shootings occured.