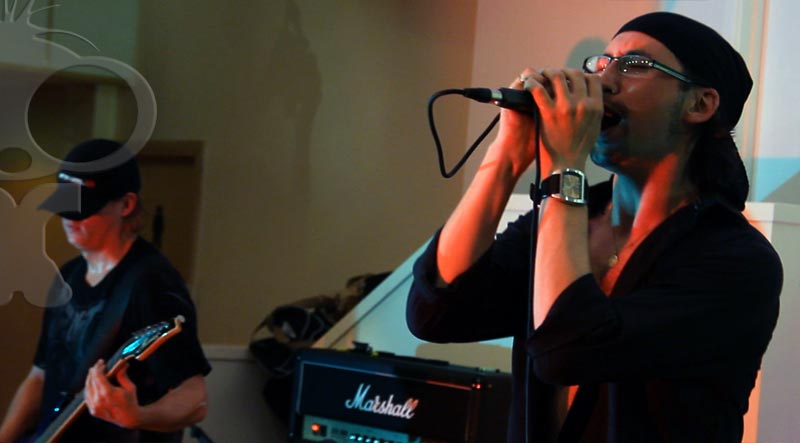 For our 3rd and final live gig at Unison Holiday park in Croyde, we found ourselves being entertained by Combe Martin based band The Drop.

For this performance we moved from the bar area to the much larger conference room, which allowed us to use our dolly and Porta Jib to add dynamic movement to our shots.

On roaming camera we had Uni students Tim and Richard with Stu and Matt operating the crane. We also used the Panasonic AF101 camcorder and the GoPro on the drum kit.

The band covered a wide range of music across the two 40min sets and once they had gotten over the embarrassment of dancing around on stage in front of a camera, they had fun and were even seen filming themselves as a post gig/backstage video.

The footage from the 5 cameras will be edited and turned into a live DVD that will be available for sale. We will also be creating a Live CD from the audio captured using the camera mics and an external Edirol R-44 recorder.