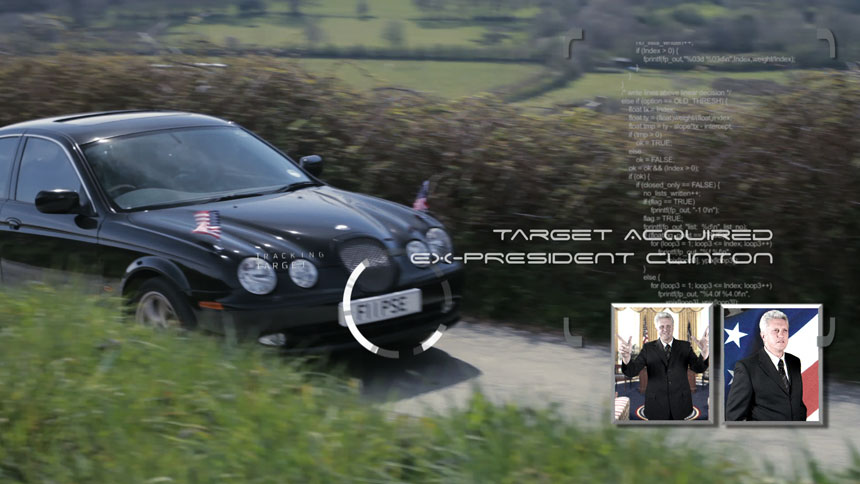 Continuing our project with 3C Research entitled Viewnet, we have just wrapped filming on the second of three scenarios for demonstrating the uses of a technical project relating to geo-tagging in VR for the University of Bristol.

We were joined on-set at Trimstone Manor in Devon, by Gerhard Heger, who works in security and close protection, for an interview about his work. He also acted out a VIP security scenario with 'Bill Clinton', played by local lookalike actor Trevor 'toes' Lumley.

The aim of the security/close protection scenario was to demonstate the use of geo-tagging in Virtual Reality of up to date information on escape or safe routes within a building for someone unfamiliar with the route.