We have been working again with Allfilm (allfilm.ee) to convert Grigori Kromanov's 1969 cult film "The Last Relic to allow replication for distribution on Blu-Ray.
We hvae worked withh Allfilm before to provice our Blu-ray to BDCMF format conversion, which is a format required by replication factories to mass produce Blu-Ray discs. See more details of our Blu-ray conversion service.

The film has been restored and is being re-released by the Estonian Film Institute, who have been working to re-release many Estonian classics over the last few years. 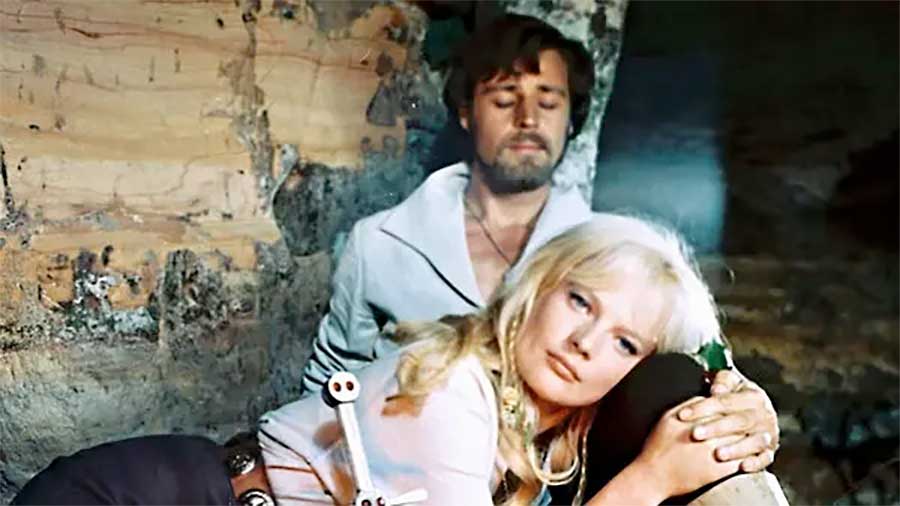 A medieval sword-and-cloak story that has become a cult film about a brave hero, his lady of the heart, fierce rivals, insidious church power and rebellious peasants. The film, which was one of the most watched in the Soviet Union in the year of its release, has become one of the most popular Estonian films of all time due to its entertaining form, critical subtext, legendary songs, jokes and fight scenes.

Featuring a courageous hero, his sweetheart, ardent rivals, Machiavellian religious authorities, and rebellious peasants, this medieval swashbuckler has become a true cult classic. An instant box-office hit throughout the Soviet Union upon its release, The Last Relic is one of the most popular Estonian films of all time due to its entertaining form, critical subtext, legendary songs, witticisms, and fight scenes.

You can watch the trailer for the Last Relic above