Tetro Video are a UK based company who are supporting the DVD and Blu-ray release of films by independant film-makers.
To this end they recently sent us a copy of Night Train Murders, a 1975 Italian revenge horror film by director Aldo Lado.

We were privided with a copy of the Blu-ray master BDMV files, and were asked to convert this into a BDCMF format for replication,

Night Train Murders (originally titled Last Stop on the Night Train in Italian, but re-titled for the UK market), tells a story in which a pair of psychotic hoodlums and an equally demented nymphomaniac woman terrorize two young girls on a train trip from Germany to Italy.
It gained notoriety when it was banned in the UK as a video nasty in the 1980s. 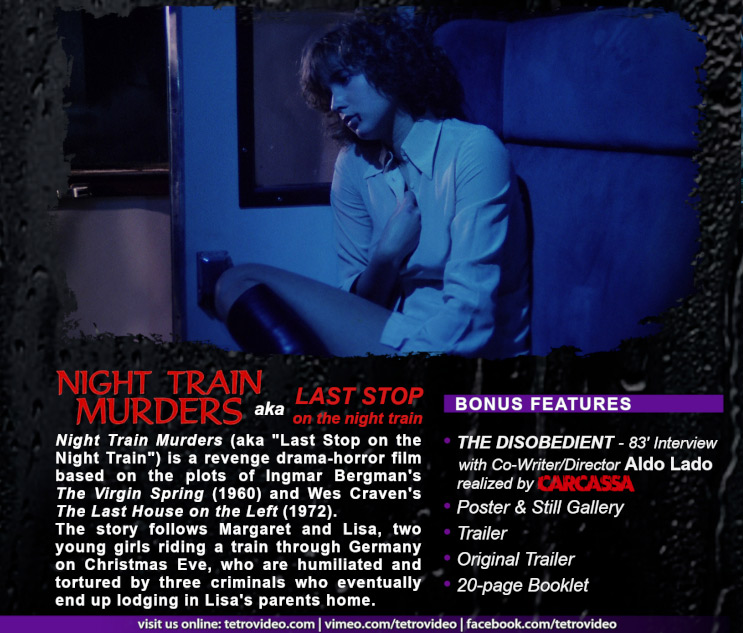