Directed by Andrew Smith, Cartoon Carnival is a feature-length documentary looking at the birth of the animated art-form, Cartoon Carnival tells the often forgotten story of the pioneers of the silent era.
To many, the history of the animated cartoon begins with the story of Walt Disney and Mickey Mouse, but in reality the story begins as soon as man first dreamed of somehow capturing the moving image.

To tell its story, Cartoon Carnival pulls together experts in the field of animation history and showcases brand new transfers of rare short films and archive material, some of which has not been seen by the public for almost a century. It also chronicles one film preservationist's quest to rescue pre-sound cartoons from obscurity and screen them to new, appreciative audiences. 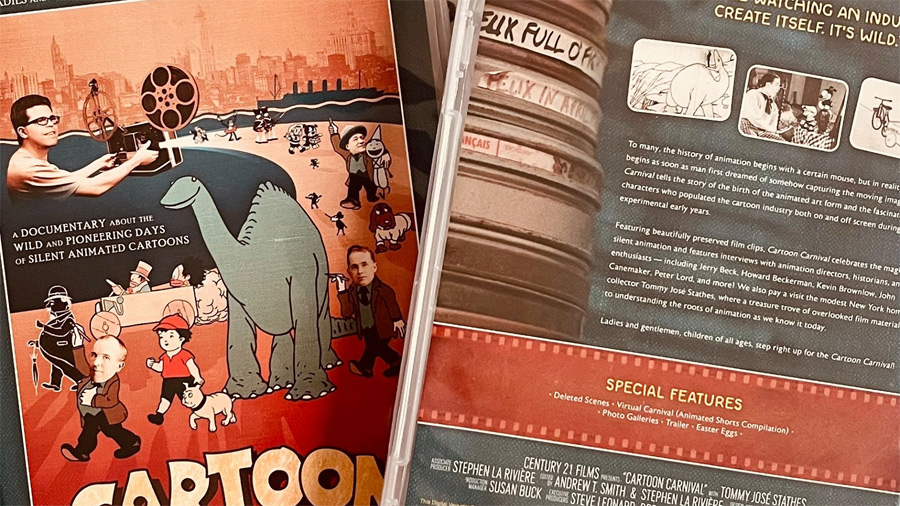 The film was funded via a successful Kickstarter campaign. The backers will begin receiving their rewards in August / September with public copies going on sale later in the year.
For more info, check out the Facebook page - Cartoon Carnival Facebook

To find out more about the film and to watch a trailer, check out the Cartoon Carnival website