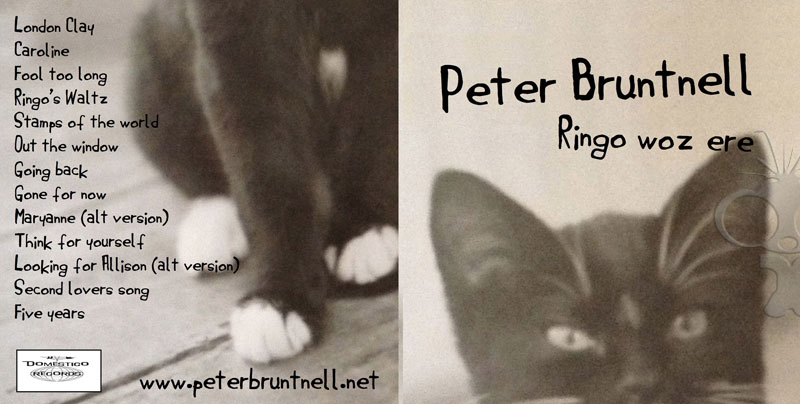 Devon based singer/songwriter Peter Bruntnell is back with a new album titled 'Ringo woz ere' which features rare alternative versions of recent and new songs as well as covers of some classics.

This album comes hot on the heels of Pete's 2011 album Black Mountain UFO which made it into The Guardian's critics top 10 best album list for 2011.

Pete designed the album artwork and delivered it along with a CD master. This album will be sold in the same cardboard sleeve as his USA tour documentary - a printed fold-up sleeve containing a printed disc.

The album artwork features a photo of Petes beloved cat Ringo who sadly passed away before Christmas.

The album can be purchased on Petes website - www.peterbruntnell.net