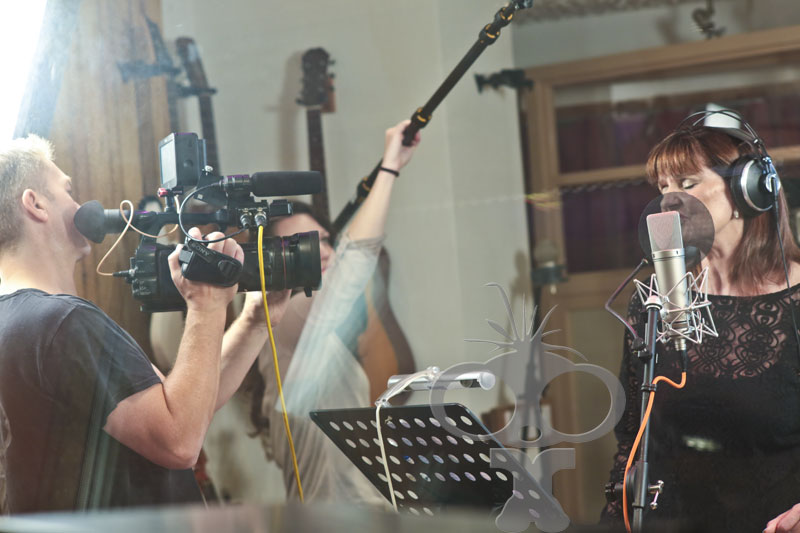 We have just returned from filming a an interview with the lovely Anne Nolan. (Yes one of the original Nolan Sisters!)

We had been hired by Blueprint Pictures from Ireland to provide crew for the interview under the direction on company founder David Blake Knox.

The interview took place in Weston-Super-Mare at Horizontal Music Studios where Anne has been recording a new single. We also had a chance to watch and film Anne performing the new single.

We filmed using the Sony PMW-200 camera and a Canon EOS 5D mkIII DSLR. Audio was recorded on a boom mic running into the Sound devices 442 mixer and then recorded direct into camera.