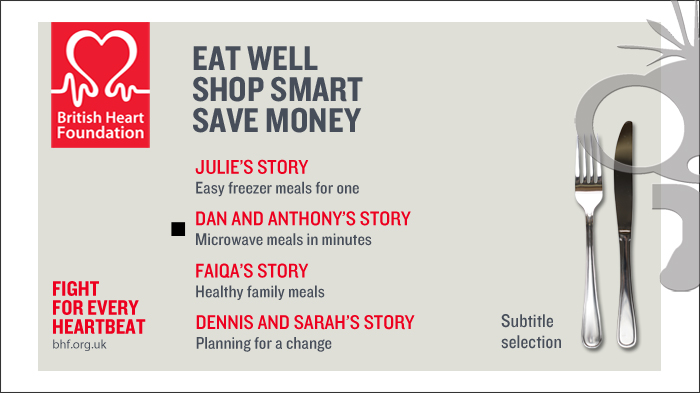 The British Heart Foundation have been working with TwoFour to update a series of films promoting healthy eating which can be good for your heart. We helped to produce the original DVD and were contacted again to update the DVD menus with the 2014 BHF branding guidelines, replace the 19 films with new versions and insert subtitles into each film in 7 languages. We also created the option to view the films with sign language as well.

The final master copies were approved by the British Heart Foundation before we sent the files toTwo Four for mass replication. We love working on these projects as they help people to improve their lives.