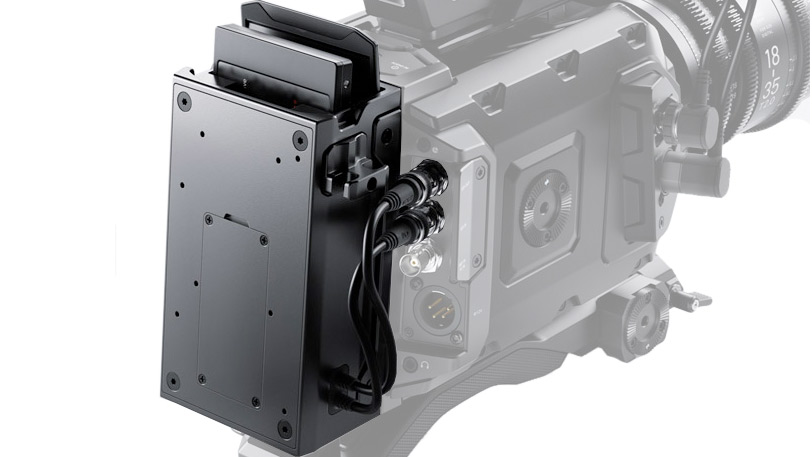 Blackmagic have brought out some fantastic 4K cameras recently, but one issue is the CFAST recording media, which is expensive and also doesn't ahve enough space for long form recording at 4K. Thankfully they have listened to their customers and we now stock a custom made SSD recorder for the URSA mini camera range.

Now you can record to a comparatively inexpensive 1TB SSD instead of a 128GB CFAST card that costs around the same amount.

Blackmagic URSA Mini SSD Recorder lets you record Cinema DNG or ProRes files directly to standard inexpensive 2.5 inch SSD media! The recorder uses a 6G-SDI data link and connects to the camera’s back plate between the camera and battery. Everything is controlled directly from the camera, so you don’t have to operate the recorder separately.