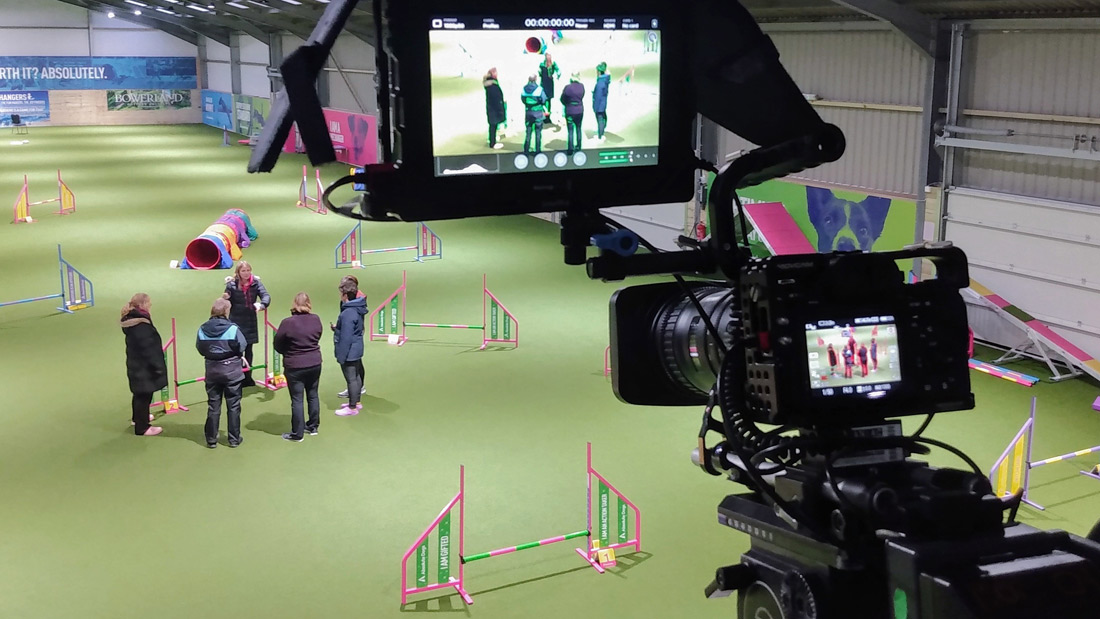 3 days of filming with Absolute Dogs

Stu has spent he last 3 days just outside Okehampton, filming a series of videos with the team from the AbsoluteDogs dog training company.

The three days fell into 3 specific projects, Day 1 was filming instalment 5 of a 12 month Puppy training course (filmed once a months so viewers see the pups grow and learn in line with the course). Day 2 saw the team film content for a brand new intake of the Absolute Dogs Training Academy and day 3 covered content for an upcoming pro course.

The weather for the 3 days was abysmal. Stormy winds and rain raged outside so 99% of the filming was carried out inside, either in the large indoor dog training facility or in one of the holiday cottages on site. Advantage was taken on an hour long sunny break in the weather for a little outdoor filming but the wind was so bitterly cold that everyone soon retreated back indoors as teeth chattering on camera isn't so good!

At the time of writing the Training Academy footage has already been edited and supplied digitally to the Absolute Dogs crew. The other 2 days of footage is less urgent and will be edited and uploaded in the coming weeks

If you are interested in video production or just certain elements of it like filming & crew hire or post production and editing then please get in touch to discuss your next project.